We have 4 tweaks that you can customize for both Easy and Hard difficulty modes. 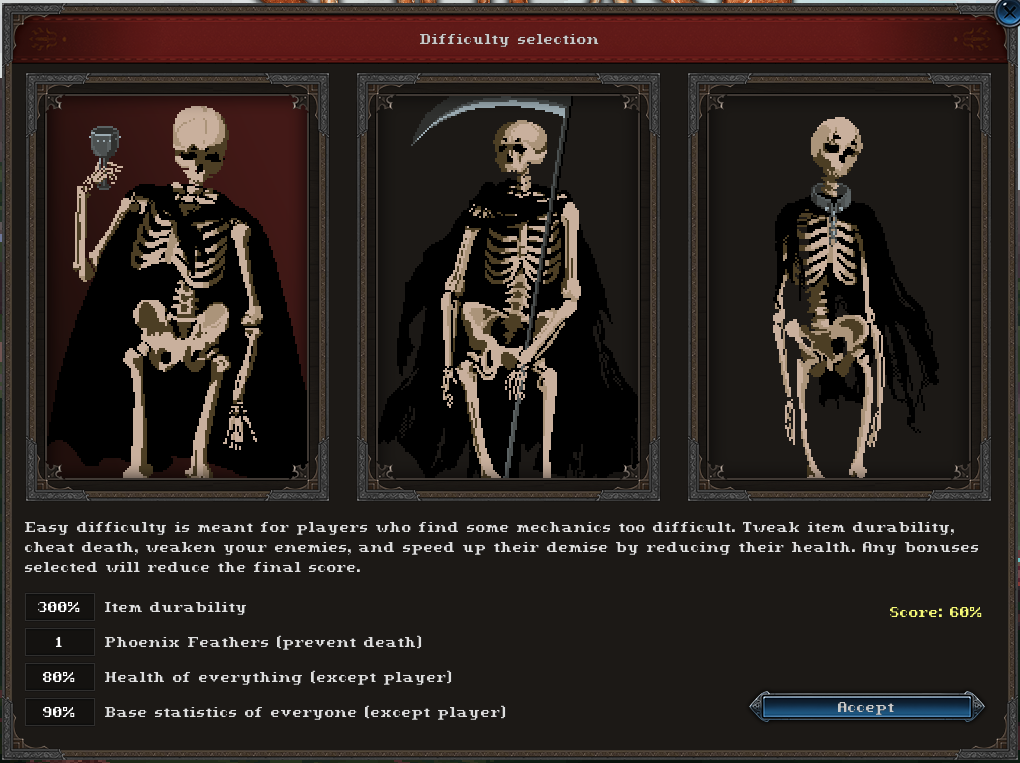 For easy difficulty, you can reduce enemy stats and health to make them easier or speed up combat encounters if you feel they are too drawn out. You can start with a couple of Phoenix Feathers if you're not a big fan of permadeath, each feather will heal you to full just when you're about to die. And last but not least, you can bump the durability of items if you don't feel like replacing your gear too often.

All of the easy difficulty tweaks will reduce your final score, but all achievements can be unlocked.

The normal difficulty remains as it was, and the hard difficulty offers 4 more tweaks that cannot be combined with easy difficulty tweaks. 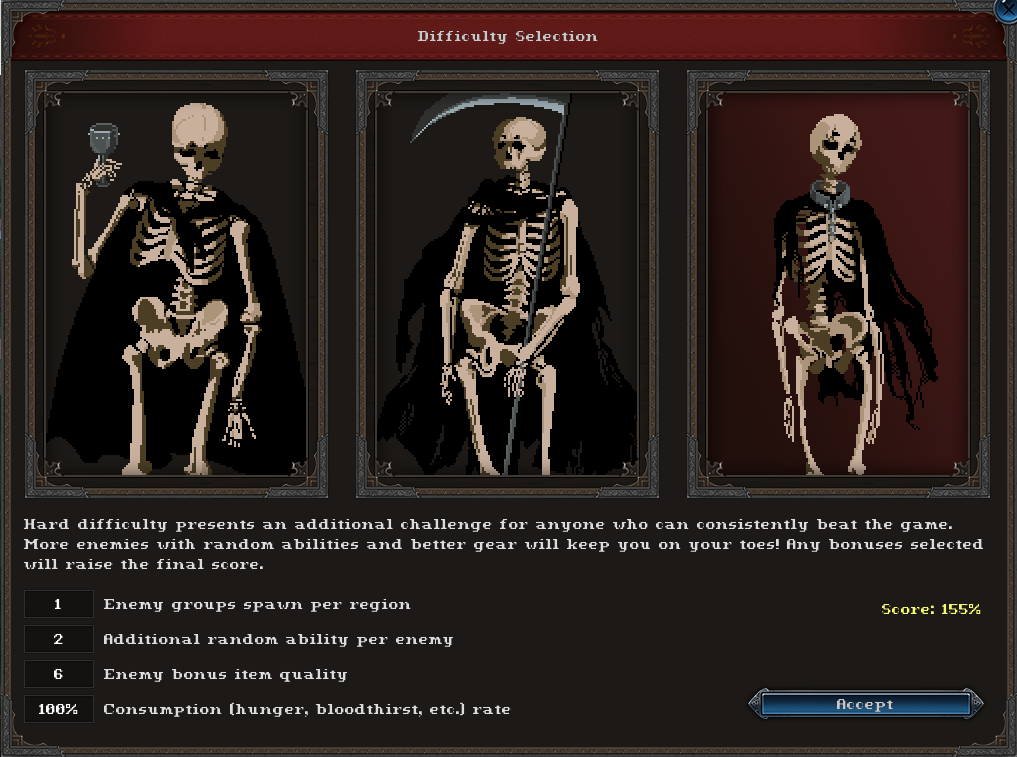 The increased number of spawn groups will make the world denser in a couple of places, especially in the early game where there's a lot more variety in types of enemies in different regions. Additional abilities can be added to every enemy, which will make the opponents that are known to be easy, a bit more unpredictable. Trust me, Brown Bears are really not that scary on Normal, but Brown Bears casting Winds of Decay and Dragon's Breath are. The abilities will match the enemy level when possible. The next setting, item quality, will make it so enemies will have better gear on themselves, which is a double-edged sword since that will make them stronger, but also means you will acquire better gear quicker as you go on your murderous rampage. This setting will reduce the benefit of crafting, which also means it won't be as easy to gain that extra advantage over your enemies by creating extra items. And the final setting is for those of you who prefer a more impactful survival mechanics - an increase of consumption systems like hunger, thirst, bloodthirst, golem resource consumption, etc.

The second major addition is mainly for modding, but also for people who feel the need to play with a wiki with all the answers. We've added Data tables with a lot of information regarding mods data files - listing all enemies, items, resources, and abilities, with a lot of information about how to acquire them, or which crafting recipes use them. To access modding editors you'll need to start your own mod by following the instructions provided with the game inside the Soulash/data/docs/index.html file. As you're there, take a stab at making a mod, it doesn't require any coding, you can create your own maps, items, enemies, and abilities by simply duplicating and tweaking what already exists.

Below is the full changelog.

I hope the patch will make the game more enjoyable for you guys, and keep providing us with that valuable feedback! Please let everyone know about the game if you do enjoy it!