After over a month of hard work, I was able to wrap up the first three content editors for Soulash modding support to properly say goodbye to 2019. In v0.3.4, we can create additional packages of data for Soulash, which include maps, entities (objects, AI enemies), and spawn groups. I've set up a wiki for Soulash with articles explaining the editors, so I won't go into details in this post. If you have any troubles with editors and wiki pages are not enough to answer your questions, join us on discord or community boards and ask around there, I'll be happy to answer any questions. 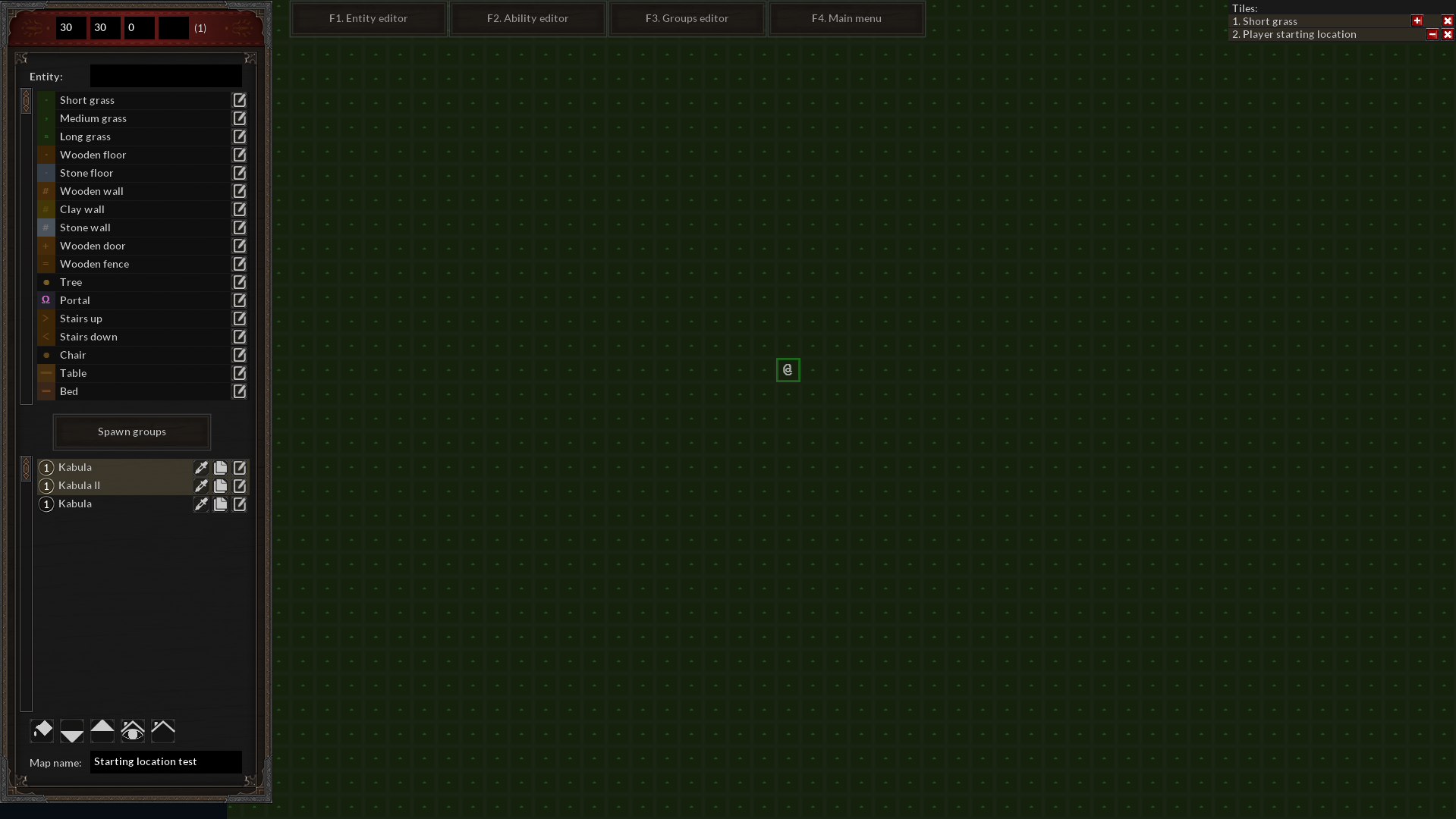 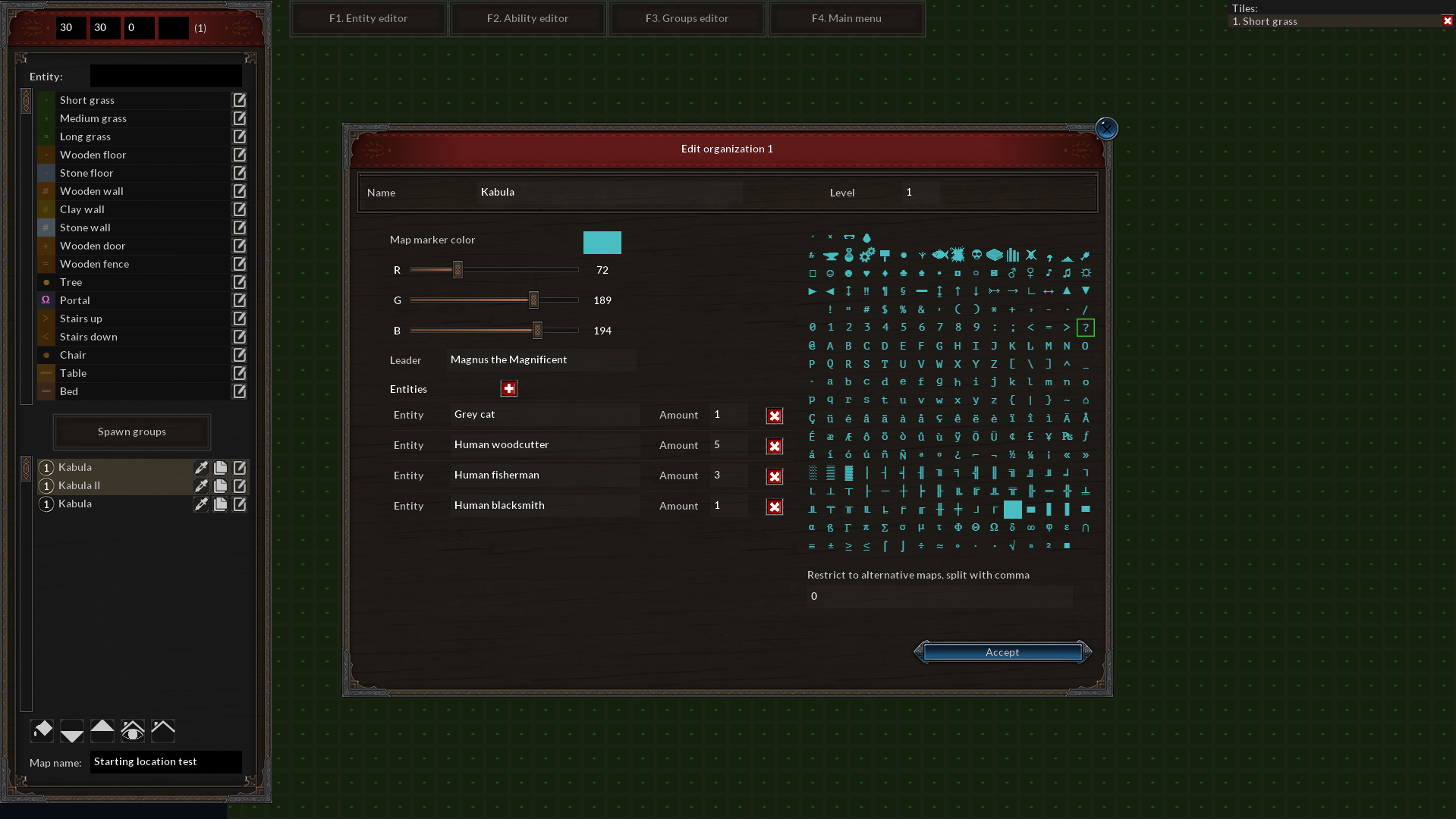 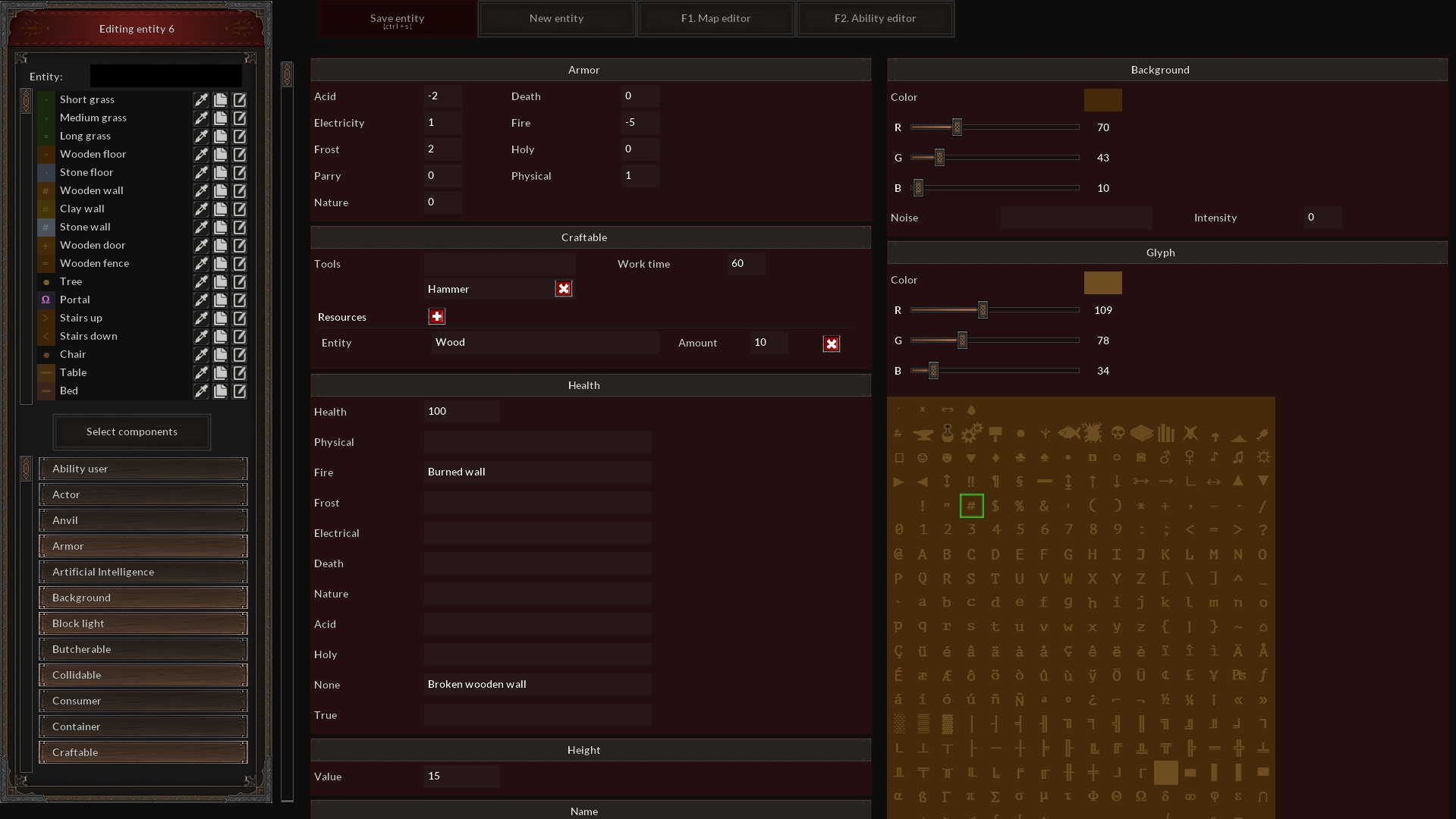 As many of you know, the goal of v0.4 is overall improvements to replayability. Apart from the editors that will hopefully result in exciting new places to discover and enemies to beat, there are a couple of significant changes to the world generation of new games.

The first significant change is the addition of alternative region maps. It means, for example, that there are now three different maps for Mensfield, four different starting locations, and it's possible to add more to the pool through either modding or extending the core mod. The world will continue to grow and become less predictable on every playthrough with this crucial change.

With the alternative region maps also come alternative spawn groups. Mensfield, for example, may have one of the two new minibosses available there if the world generator picks the appropriate group where he is assigned. With both of these changes, it's possible to create completely different locations in the same spot that only need to respect the overall world around it, for example, mountains, roads or rivers than span across multiple regions. This change means that Kabula with Magnus may not exist in some playthroughs if a mod adds a new map at the same location. Kabula could be replaced by a goblin encampment, a forgotten temple, a region touched by a natural disaster, or some other creative solution you will figure out.

The third change also targets replayability and allows adding multiple spawn locations for the player character. Right now, there are two regions where the player may spawn with a couple of alternative maps, and more will come as the world grows.

There are more improvements which you can find in the changelog below. The v0.3.4 is a much bigger update than regular patches, so expect some issues with the editors, especially with some non-standard component combinations for entities that may crash the game. If you find something when creating your mod, let me know and provide the mod files on the community boards.

The new targeting indicators are here to improve the feel of the game.

Before the end of the year, I plan to write down a kind of retrospective post, to sum up how Soulash grew during this whole year of development. I can't wait to see what crazy things you guys will come up with, happy modding!

Working on a mod I will let you know about it :D It's something big im planning hehehehehe

Happy holidays vitokin, good to still see you around. :)

Amaing work Artur, what a great step in Soulash's future!