New month means new player-designed content! This time around we're implementing Djinn as a playable race, designed by one of our Patrons - Sishio. A very interesting caster-type character that has their max carry weight dependant on Intelligence instead of Strength. Making a glass cannon warlock packed with crafted artifacts was never so straightforward! 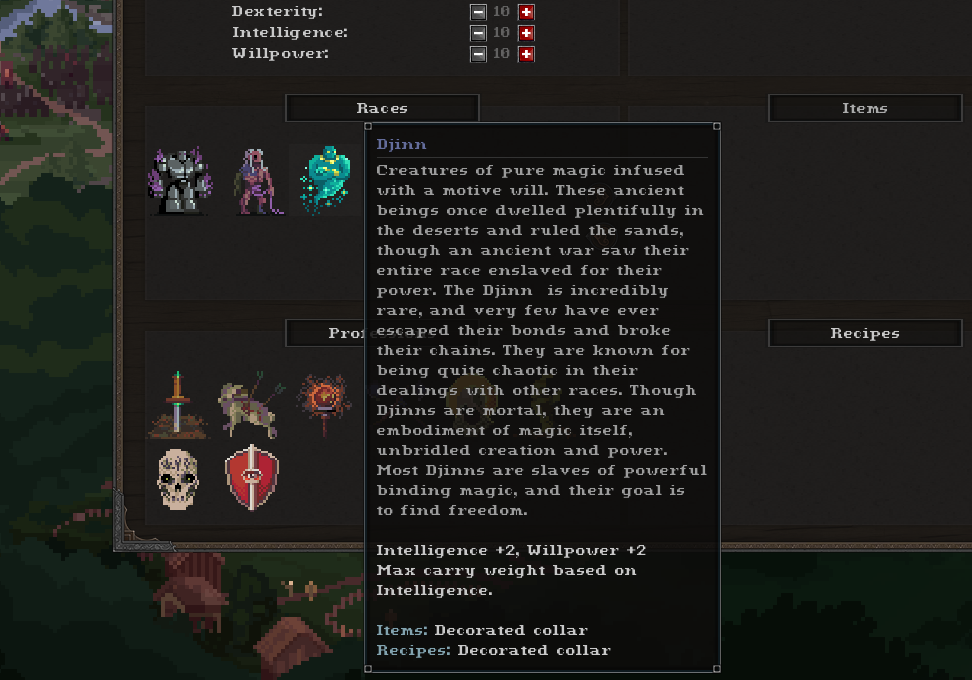 We're starting another vote on Patreon tomorrow if you're interested and it's the last day to make a submission for December if you have a great idea to contribute. You can find more info on our Patreon page.

Another new addition is animated damage numbers after making hits, it should make it easier to see what's happening without looking at the bottom left corner log messages. It has different colors depending on the damage type.

As usual, there are a bunch of fixes and changes, but most of the work went toward the upcoming v0.7 patch coming in December, which will introduce victory conditions and will conclude the story of the game. You can find the full changelog below.

Next month, before the holidays, we'll deploy the previously mentioned 0.7 which will allow us to focus on Steam closed beta with graphics mod, polishing the game, and Steam Workshop integration in the upcoming months. We're planning to run a couple of contests for the closed beta keys if you're interested in participating, follow us on Twitter and Discord, as we'll be announcing them there in the next couple of weeks.

We're getting closer and closer to the date of the Steam release that will also see the update of the Itch version with graphics mod. It's been an amazing road here and the game would not be nearly as good without your incredible feedback. Hope you'll enjoy the latest patch and see you all in December for the final showdown!