It's been a while since I wrote something here, so I thought I would let you know the game is not dead and I'm still going at it toward v0.3.

Let's start with somewhat bad news. I will get a bit technical for a moment, but not too much so bear with me. I had to rewrite significant portions of the game. First one was positioning. The relative position of everything in the game to the player map didn't work out. It became painfully obvious when implementing the weather system, as particles changed their location on the screen when the player character moved between regions.

This change should make it easier to fix several bugs related to the position of AI entities too. Now every tile has a fixed place in the world. In essence, the world won't move with the player as it is in v0.2, but the player moves around the map that loads dynamically. Most systems in the game touched positioning, so the change needed significant time investment, but it was necessary. This change is also not backward compatible, which means save games from v0.2.x will not work in v0.3.

The second one was even bigger and needed to touch almost every part of the codebase. With the next significant feature - the destruction of entities, I finally reached the limits of my Entity Component System implementation. For those of you who don't know about it, you can think of it as a database where I store my data. With some major systems, the speed of accessing that data is something that creates slowdowns during play. Processing that data became way too slow. As Soulash grows and I'm adding more features, processing tens of thousands of entities was too much. It finally reached the point of significant lag and had to be rewritten. Unfortunately, the change was quite costly in time, and there are many bugs left as a result of that. I didn't make much game development progress for a couple of weeks. But the good thing about it is that with these improvements, the game can handle many more big features. Considering my ambitious plans for the game I think there wouldn't be any better time to do it. I've finished the rewrite this week, and it resulted in about 5x lower CPU usage, which is pretty significant. There may still be occasional lag related to saving game, but I have some ideas to mitigate that one too. I'm very excited about the crazy possibilities that this will open up for us in the future. The destruction system I envisioned for v0.3 wouldn't be possible without taking the time to do it. 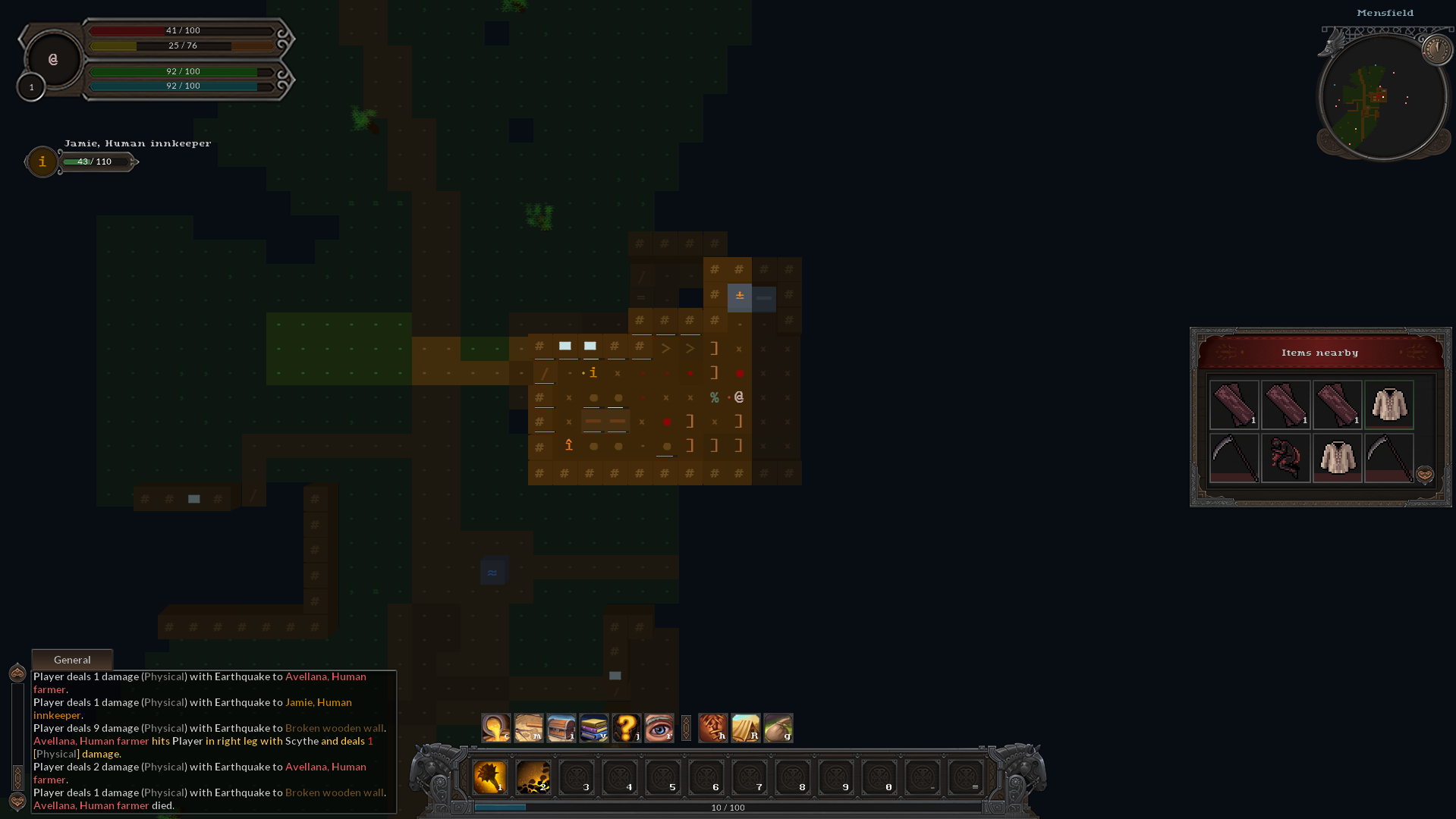 Both of these changes resulted in my neglection of communication channels, as I didn't have anything new to show. I will try to get back to it when we get near October and show you some cool stuff we will have to play with. There is one big new area planned for v0.3, which I won't be spoiling too much. What I can tell you is that we'll be exploring the desert to the east of Yelling Mountains in v0.3. My game dev time is now fully committed to the next major update which should be available sometime in October as planned. It means there will not be any minor patches in v0.2 release train anymore. As for the actual v0.3 release date, I will let you know more when we get near the end of this month. It's probably obvious, but the update will be free for everyone who already owns the game.

From other news, some of you might be expecting. I'm postponing Linux release until at least v0.4, which should arrive around the beginning of next year. It would take significant development time and later on maintenance time that I can't spare right now. There seems to be not enough interest to justify the time cost. Improvements to the gameplay will have to come first. If you disagree, let me know in this topic that you believe Linux release is more important than I think. If there is big enough interest, I'll make sure to bump the priority. There are still many incredible features that need to be implemented for Soulash to fulfill its vast potential, and I believe that it should be my focus for now.

And the last, but not least - Steam release. It's going to happen, so no worries. Everyone who decided to support Soulash on itch will also receive the key there. The Steam release early access will arrive around v0.5 sometime in the middle of 2020. I have many ideas about where to take Soulash from there, but we will have time to talk about it next year.

Anyway, I'm available on our discord if someone would like to chat about Soulash, on twitter, or community boards. Thank you all for your fantastic support so far. Soulash is in 500 collections! It's going to be a long and incredible journey, and the next milestone is getting closer every day. See you all in October!

Hey man, just thought of your game again. I'm really glad you're still working on it because I already enjoy the game as it stands a lot, and I'm excited about where it could go.

Thanks for continuing to work on this!

Awesome, thanks for letting me know! I'll show some more stuff I've been working on soon and definitely send out an email to everyone when v0.3 will release. :)

I hope this game reaches it's full potential, because it has a lot. Keep up the good work

To be honest I haven't really played much of Soulash during the last weeks since I got a bit bored of the slow progression and eventual death which means you have to start all over. In combination with the static progression in skills and the somewhat unbalance of the character classes every run turns out pretty same-ish for each class.

Don't take this criticism to heart though, I realise Soulash is just in alpha and I know things are going to evolve quite a bit(especially after reading this post).

There is a lot of potential here and I am looking forward to 0.3. Keep at it!

No worries, I value constructive criticism and I agree with you that the game needs more difference between runs. This will be one of the things I will be tackling in v0.4 with events and better modding support. After v0.3 there will be a lot more options to change maps and that can open up a way to more procedural generation on top of them.