Soulash design choices and it's future

Last week I mentioned the upcoming alpha release of Soulash version 0.2, which will be available on 21st June 2019. This week I would like to talk a little bit about design choices in Soulash and the direction of development in the foreseeable future.

Let's start with some design choices I made for Soulash and what makes it unique. First thing is an open, consistent world. I loved creating worlds since I played the first edition of WFRP decades ago. I decided very early on that I wanted to have the feeling of exploration and traveling. And I wanted to achieve this without breaking the immersion, which excluded overworld maps with small maps disconnected from each other prevalent in many other games and some other "cheats" that would make development easier. It may be difficult to see it on the small map available in the demo, as it consists of 4 regions of sizes 64x64 connected to each other. It appears to be just a single map and that's exactly how it will seem on the big world map. Just imagine the demo map times 30 and you'll see what's coming. And that's not even it's final form yet, because expanding the world doesn't affect the performance of the game. It's exciting to think about how big the world can get with time. We'll get back to that when discussing plans for v0.4 alpha version.

Next thing on the list of design choices is procedural generation. For some folks out there that haven't heard of it, it's a technique of content generation that allows creating a huge number of variations at a very cheap cost. Many roguelike purists consider this technique an untouchable part of the genre. Traditional roguelikes are played with permadeath setting and that makes replayability very important, so it's easy to see why. Unfortunately, I think it's very hard to produce interesting results with procedural generation alone. Quite a few popular roguelikes already use small premade locations with a procedural mix to produce better results. In Soulash I decided I wanted to go one step further and create a fully crafted world with procedural generation applied on top. Eventually, I hope to create alternative maps and events that will reshape them to make them feel more unique. This is obviously very ambitious goals for a single developer who can work part-time, but if the stars align properly it might take less than a few decades. You'll know what I mean when we get to v0.4 version.

The last design choice I would like to discuss in this article is the ASCII presentation. Well, enhanced ASCII as I don't mind adding extra symbols where it makes sense. These glyphs are a very abstract form of graphical representation. The main gain from this choice is very quick content creation, but also allowing every player to have a more personal experience, just like when reading a book. This is further enhanced in Soulash through procedural description generation on most enemies. I feel like there is a lot of potential in creative ASCII presentation that I hope to show more of in v0.3, but can already be seen in the demo with animations. Music and sounds are other important aspects that further stimulate the imagination and enhance the experience so this aspect will be further improved also. In the end, the main focus of the graphical style in Soulash will be glyphs / ASCII and that's where a lot of cool features will be added soon. Tileset support is available although will probably need some refinement before it can be usable.

Now that these 3 major design decisions have been explained, let's get to the plans for v0.3, v0.4 and v0.5 of Soulash alpha stage. Along with these major additions, there will be more content added to what is already available, including one new profession in every patch and other improvements to replayability.

The game is about being a god and destroying the mortal world. This aspect will be improved in the next major version after the initial alpha release. The main intention will be to have more impact on how the world looks by reshaping it in a destructive manner. This includes breaking walls, burning stuff, making enemies bleed, having abilities leave marks on the floor and many more, including adding some more destructive powers on higher levels of character progression. All of this to have more gratifying combat and other interactions with the game world. 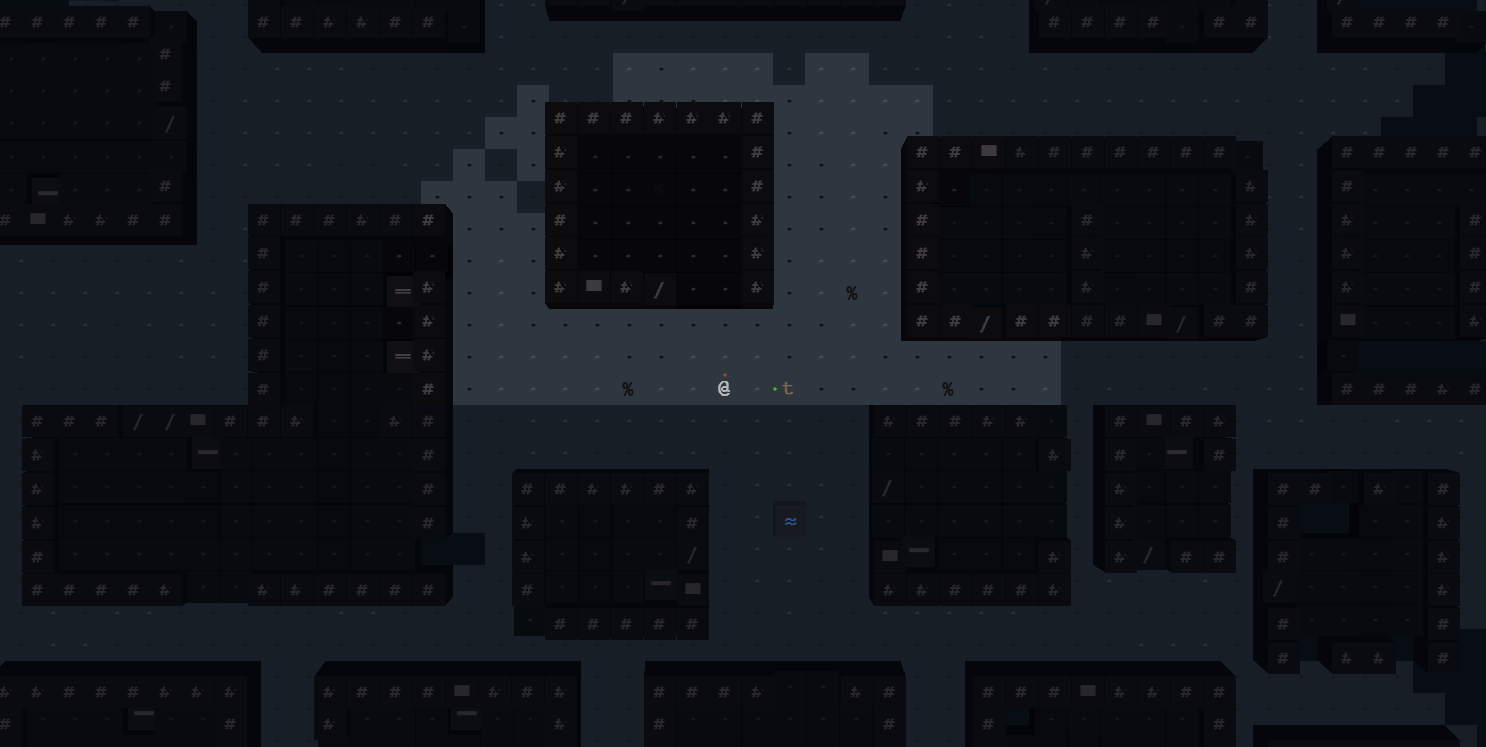 Burned district in the Imperial Capital.

This is where previously mentioned design choices come together. The main focus of this version will be the release of map creator to the community along with better mod support and instructions on how to add new enemies, items, abilities, animations, and maps. Modding support is technically available even now, but it may be difficult to add stuff from multiple sources. This patch will focus on being able to add things to the game and avoid collisions between multiple creators. I would like to allow as many people as will be willing to be able to add and share their own creations, either through completely new or alternative region maps or even new worlds and settings. 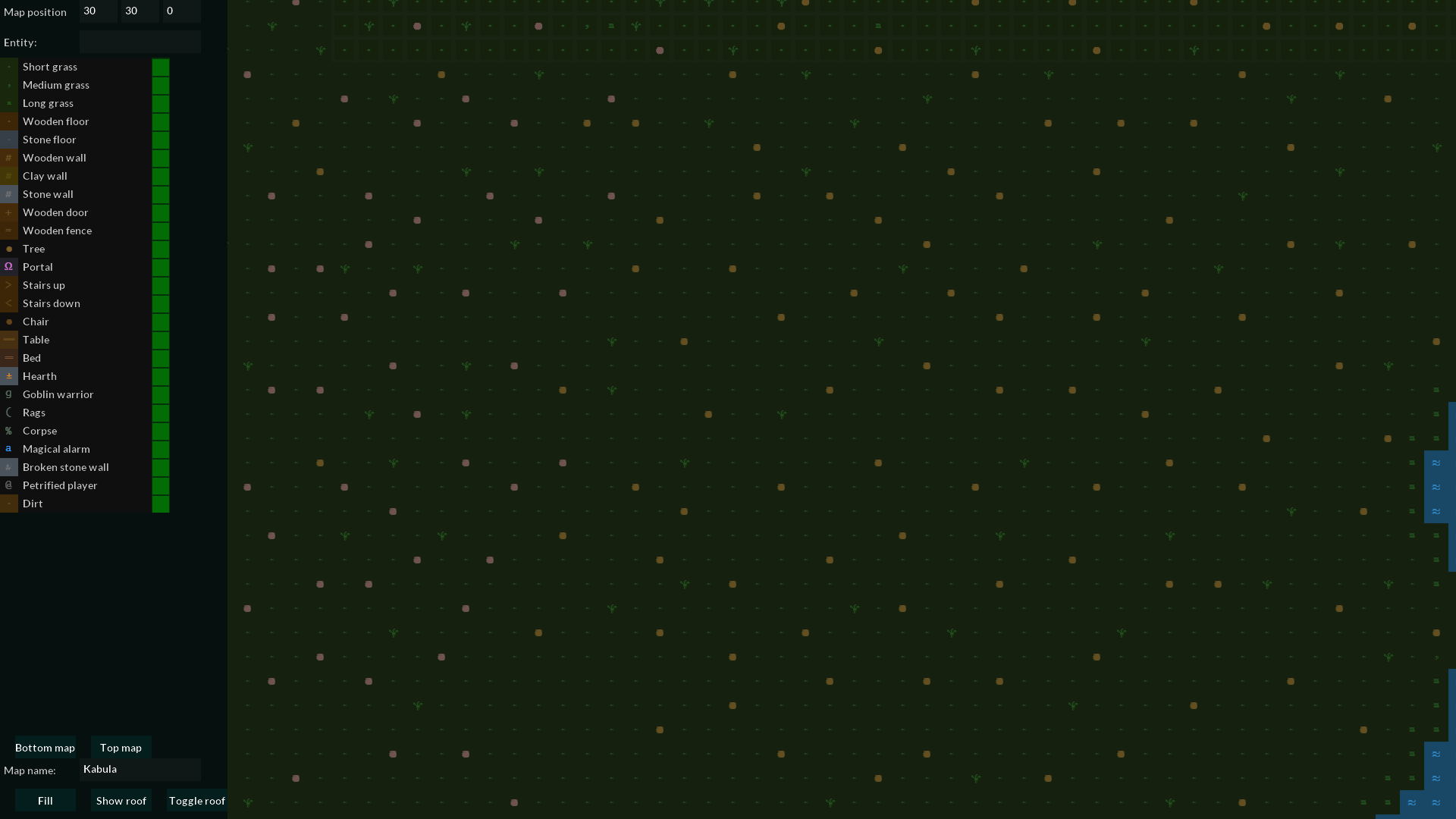 Map editor hasn't been updated in a long time, but it gets the job done.

After being able to destroy parts of the world, and hopefully, have greater replayability through new content from mods the reshaping of the world will be enhanced by the ability to build and otherwise create new permanent things in the world. The main purpose of this patch will be to add a possibility to build a base of operations and it will open up the path to one of the next patches which will eventually include other gods coming for you to the mortal world. 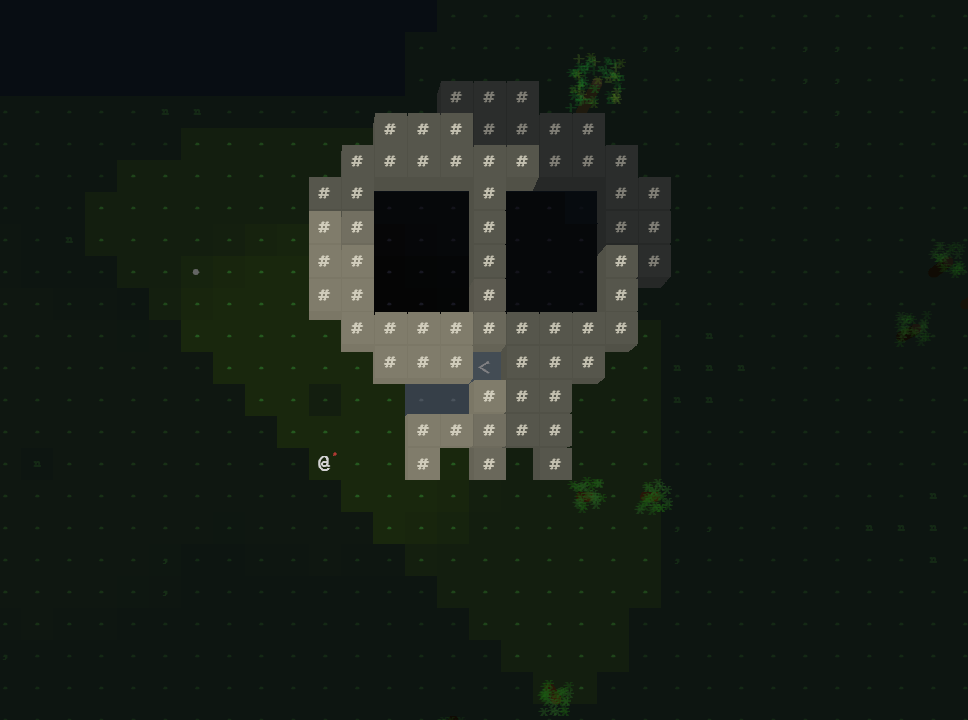 And that's the plan until the beta stage, but it's not set in stone. The reason I'm releasing the game to the public as early as v0.2 is to have a constant stream of feedback from you, the players and be able to act on it. What your great reception from the demo version shown me is that the game can benefit from this greatly giving me alternative ways of looking at how it's being played. Some things may get pushed for later versions if there is a better improvement to the game in sight, so if you have a cool idea, please share it in the community boards!

The game will be on a 4 months release schedule for major patches with smaller releases that will include bug fixes, balancing and quality of life additions in between. This too may be adjusted depending on the situation (hopefully becoming more frequent!), but I'll keep you informed. My hope is to achieve a consistent release schedule so everyone interested in the game can have something to look forward to.

Thank you for reading, I hope I got you a little excited about the direction in which Soulash is going. Please, share your thought about this in the comments below. Until next time!

I like the Pixel Art very much. Will the pixel artist be making a tileset and adding it to the game as a graphical option? I personally think that would be fantastic.

Hey SneakyGunz, right now I'm at a stage where I would love to have a tileset as an option and I'm considering if and potentially when such an investment will make sense. The game is currently in very heavy development, including a lot of content being created. Right now the numbers are not there unfortunately. I will probably have to see when Soulash ends up in terms of cost to turn everything into tiles and interest in the game when it gets closer to version 1.0 before it could happen.

Wow. Great read. I can't wait for the game to come out.